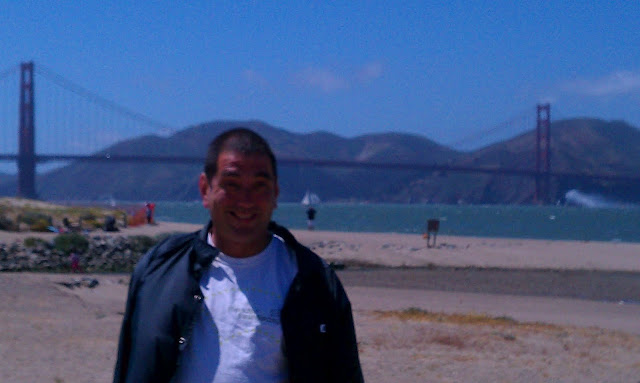 Pictured: The author and the Bridge, Saturday, May 26, 2012. Not pictured: USS Iowa, free Odwalla.

The official color of the Golden Gate Bridge is International Orange. You can tell it's international because it's wearing a fanny pack.

For Golden Gate Bridge's 75th birthday, pedestrians will wear old-timey clothes, bicyclists will ride old-timey bikes and both will yell at each other.

Why isn't the Golden Gate Bridge gold? Because the "Golden Gate," which, like most of SF, was probably named after a 1850's prostitute.

After the jump, videos of the author and the Bridge: