Who’s there?
Orange.
Orange who?
Knock-knock. 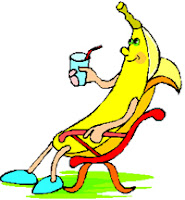 Why are bananas always stoned?
Because they are naturally high in potassium.

How do you make a banana split?
Tell it you skipped your period.

Did you hear about the banana's day in the court?
The banana's appealing. 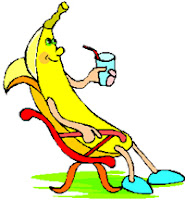 A banana walks into a bar in San Francisco. 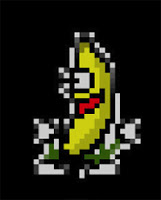 The banana is six feet tall, with tiny green bendy limbs, two bulging eyes, and  a big open red grin on its peel. 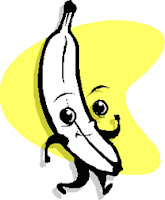 The banana walks up to the bartender and says, "Mister, I've been around the world and if there's one city I love most, it's this one. I'm going to let you in on a little secret. Not only am I a talking banana, but I'm also magical. I'm going to give this bar everything it desires to show my appreciation to all the good people of Frisco."

The banana steps back, lifts its green arms and waves its white Mickey Mouse gloves in the air. Suddenly from its fingertips came jolts of lightning, rainbows, and smoke. Then from the chaos came such luxuries as shiny diamonds, gold coins, dollar bills, free tattoos, and trendy sexy people like go-go dancers and that guy from American Pie, while rock legends The Who jammed with a robot Britney Spears. 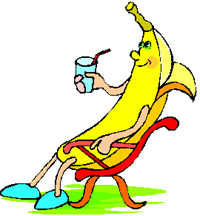 Then, from the banana's white Mickey Mouse shoes, unicorns pop out, then marching bands, fireworks, rails of cocaine and bowls of dank weed and trays of really good sandwiches, like double-double BLTs.

The bartender turns to the banana and says, "Don't call it Frisco."