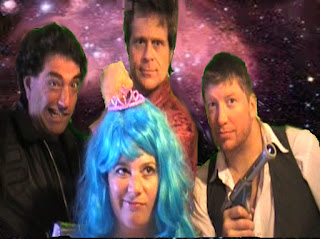 This is the show. Please come. 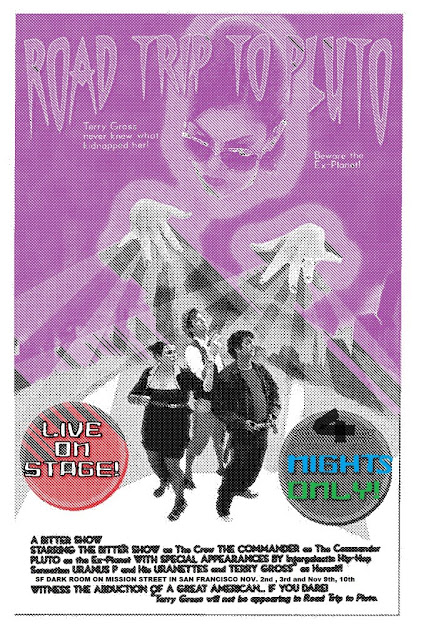 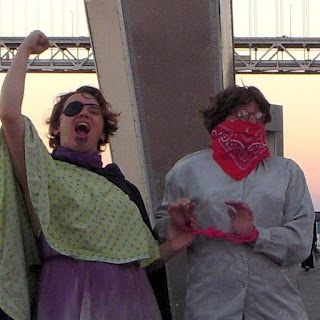 When Pluto loses her planet status, she kidnaps the host of NPR's Fresh Air, Terry Gross. NPR then hires Cap’n, Psycho and Princess to journey to the edge of the galaxy and confront the bitter ex-planet. Along their way they encounter outer space American patriots, megamalls, full-fat mayo and every planet following Earth. 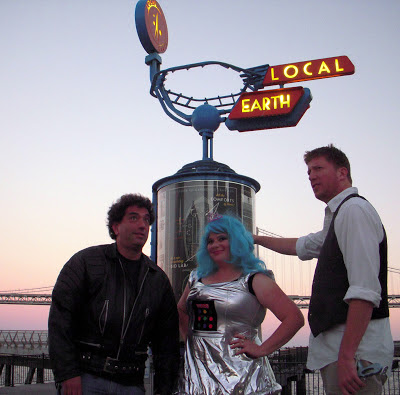 The Bitter Show have performed at the 2008 SF Fringe with their play, "Monster in a Well" and the 2010 SF Fringe with "Road Trip to Pluto: The Bitter Planet," staged at the venerable 4 Star Movie House in San Francisco.