Hanging With My Tweeps 8: #UntrueTVTrivia with the King of TV @PaulGoebelShow

Paul Goebel is known as the King of TV and was the TV authority on the cult classic Beat The Geeks to prove it. But he doesn't have to prove anything with host Luggage Tuesdays' Mike Spiegelman, who lets Paul go long with some great stories.

Paul once wrote a tweet with hashtag #UntrueTVTrivia and it pissed off a certain celebrity. Mike and Paul try to recreate that magic. 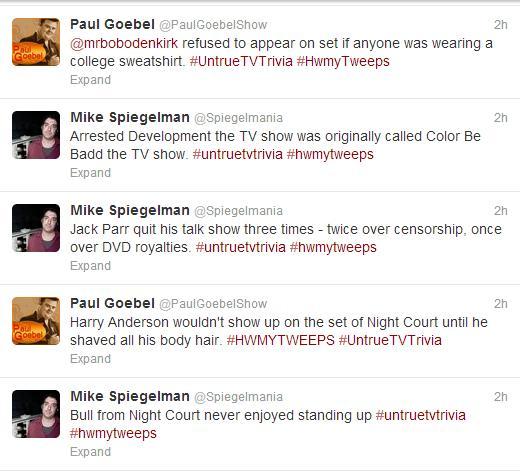